The City of Moncton is comprised of four Wards with two City Councillors representing each Ward. There are also two Councillor-at-Large positions that represent the city as a whole. Elections take place every four years with residents of each Ward voting for a Mayor, two Ward Councillors and two Councillors-at-Large. 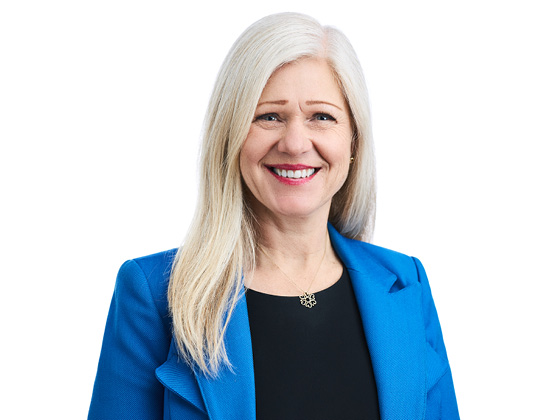 Elected as Mayor in May 2016, Dawn Arnold brings a vision to #KeepMonctonMoving by positively impacting the health, wealth and happiness of every citizen, both for today and into the future. She was first elected in 2012 as Councillor at Large and quickly earned the reputation of being one of Moncton’s most active, involved and accessible Councillors.

In her mandate as Mayor, Dawn, in collaboration with Council, saw through the responsible completion of several key projects, including the $113M Avenir Centre (on time, and on budget).

She has also committed to keeping City Hall open for businesses and making it easier for local businesses to grow and thrive. A strong advocate of transparency and community engagement, Dawn encourages dialogue with residents on important issues with the goal of building a city where individuals of all backgrounds and income levels can live, work and play.

In 1999, Dawn became involved with the Frye Festival and served as its Chair for 15 years. A passionate supporter of local arts and culture, she wanted to create a platform that would celebrate the works of New Brunswick’s French and English authors, put Moncton on the world stage and inspire students to read, write and think critically.

Dawn’s passion for her community has also been evident through her leadership in and contribution to numerous events and groups, including the Moncton West and Riverview Rotary Club, the Beaverbrook Lunch Ladies, and her “Moncton’s Big Idea Contest” with Grade 4s. A proud member of the Global Covenant of Mayors for Climate Change, the Cities of New Brunswick Executive Committee, the Provincial Local Governance Reform Advisory Committee and many others.

Dawn is a recipient of the Order of New Brunswick, the Queen’s Golden Jubilee Medal, the YWCA’s Women of Distinction Award, two Paul Harris Fellowships, the Chevalier des Arts et des Lettres from the Government of France and Municipal World’s “Women of Influence” Award. She is a graduate of the University of Toronto and has done further education at Harvard, Université Paul-Valéry and Saint Mary's University (ICD.D).

Dawn is married to Paul Goobie and is mother to Emma and Zack. Her favorite activities include Saturday mornings at the Moncton Market, cycling the city’s trails, cross-country skiing at Centennial Park and supporting the many great restaurants and businesses across the city.

With the energy and passion to continue growing a better and more dynamic community, Dawn is eager to hear suggestions and ideas from all Monctonians. 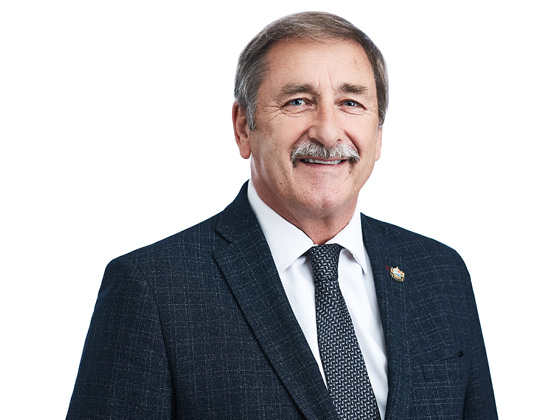 Bryan Butler is serving his second term as councillor for Ward 3. He brings more than 30 years of law enforcement experience to this position on Council.

A graduate of the Atlantic Police Academy at Holland College, Bryan began his career in community policing with the Moncton Police Force in 1979. He then worked with the RCMP until his retirement in 2013.

Throughout his career, Bryan has taken a keen interest in supporting and educating young people. He was notably the Codiac RCMP School Community Liaison who taught the D.A.R.E program in many Moncton schools. He was also a member of the Mayor’s Public Safety Advisory Committee and the Anglophone East School District’s Anti-Bullying Committee.

In 2012, Bryan was awarded the Queen’s Diamond Jubilee Medal for Community Involvement for his ongoing commitment to bettering the lives of Monctonians.

Bryan and his wife Trudy have been married for more than 30 years. They have two children, Troy and Jodi, and two grandsons, Liam and Niall. A dedicated hockey fan, Bryan has coached hockey teams in the Moncton Minor Hockey Association.

Advisory Board and Committee Appointment 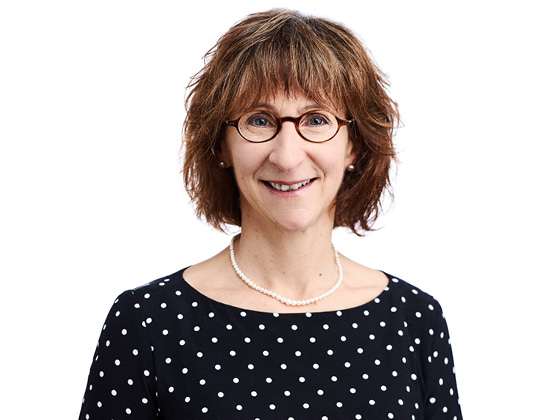 Monique is serving her first term as Councillor-at-Large. Originally from the former Parkton neighbourhood, Monique has a Bachelor of Science from Université Laval and a Master’s in Education from the Université de Moncton.

Monique comes from a family committed to helping those in need. Her grandfather created the first bus service in the city of Moncton. Over the past 30 years, she has continued the legacy and has been involved in a number of organizations and groups mainly focused on health, sports, culture, women's rights, social housing, poverty and the environment.

A businesswoman, physiotherapist and educator, Monique was twice elected MLA for Moncton East. During her terms, she actively worked on developing and improving the community. 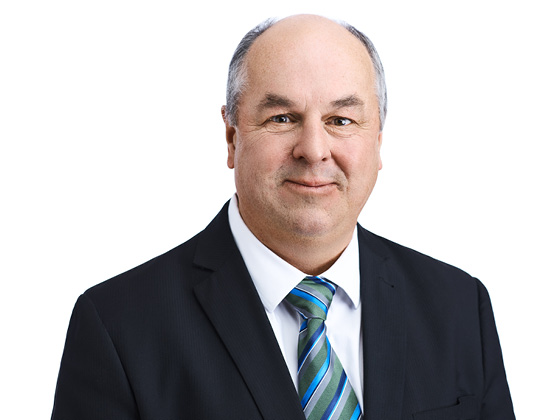 Marty is serving his first term as Councillor-at-Large. After studying journalism in Moncton and Halifax, Marty began a long career in radio and television broadcasting in the Moncton, Fredericton, Halifax, and Toronto media markets. Post-media, he enjoyed a 20-year career at NAPA Canada in Marketing and Sales and has a long association with the Moncton Wildcats as their announcer for almost 20 years.

Marty is a strong bilingual communicator and public speaker who has always had an interest in public affairs and politics.

As an active community volunteer, Marty has been the Master of Ceremonies and public address announcer for various charities, fundraising events, and local sports teams. He is a former coach with the Lewisville Minor Hockey Association and the Moncton Lions Minor Baseball.

Marty and his wife Phyllis are parents to two sons, Patrick and Alexi. 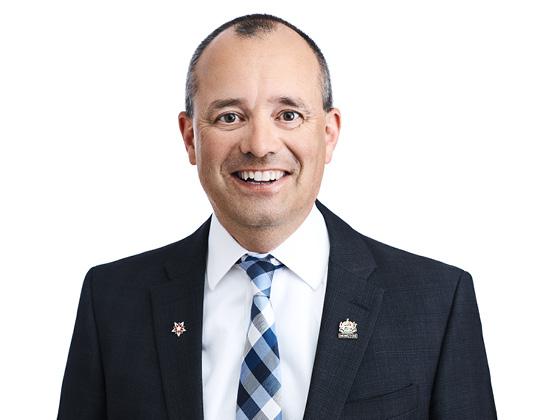 Shawn Crossman is serving his third term as City Councillor for Ward 1. He brings more than 22 years of sales and marketing experience to his role on Council.

Shawn is the proud father of Isabelle. He is a graduate of Moncton High School and hails from a political family. His late father, Norm Crossman, was also a councillor for Ward 1. When he is not serving his constituents, Shawn enjoys being outdoors where he likes to golf and camp. 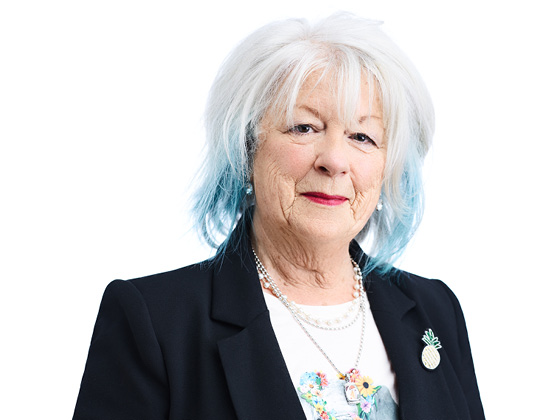 Paulette Thériault is serving her fourth term as City Councillor for Ward 1. She brings a background in and passion for the development of arts, culture and heritage in the city.

In 1999, Paulette founded the Northrop Frye International Literary Festival, and also served as its founding director. In 2005, the Festival was awarded the Lieutenant Governor’s Dialogue Award.

Paulette has championed important issues including the City’s cultural plans as well as the implementation of Moncton’s first Arts, Culture and Heritage Board. She has also served on numerous boards and committees and was appointed deputy mayor in 2010 and in 2013. She is a current member of the National Trust for Canada’s Board of Governors.

Councillor Thériault is a recipient of the Capitol Theatre’s Proscenium Award, the NB Excellence Award in the arts, the Canada Council for the Arts Queen Elizabeth 11 Diamond Jubilee medal and the Chevalier des Arts et des Lettres from the Government of France.

Councillor Theriault has attended many institutions and training programs in various fields of arts Management some of which include The Banff Center of Arts Management, l'Université du Québec et Paris VIII.

Paulette is the proud mother of Renée and Joffre and grandmother to Camille, Justin and Dominic. She is also the life companion of Honoré Bourque. When she is not working for her constituents, she enjoys spending time with her family, painting, photography and gourmet cooking. 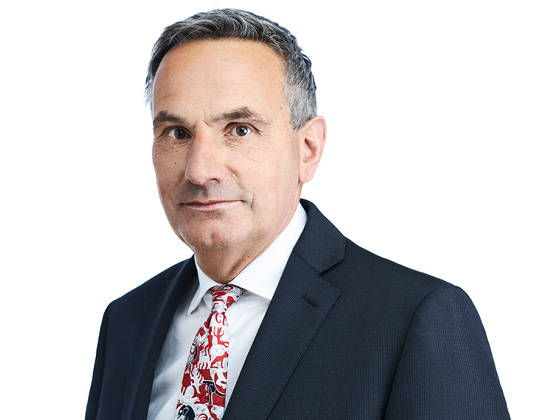 Charles Léger is serving his third term as councillor for Ward 2, having been first elected in 2012. He brings to Council more than 30 years of private sector business experience in the fields of sales, marketing and management. Throughout his career, he has worked in several cities across Canada, including Winnipeg, Mississauga, Charlottetown and Halifax.

Charles continues to be an active community leader who serves on many boards and organizations. He is a passionate supporter of preserving the iconic Cathédrale-Notre-Dame-de-l’Assomption and is President of the Friends of the Cathedral.

He believes his role as City Councillor is to help enable the creation of a vibrant and prosperous City of Moncton.

Born and raised in Moncton, Charles has a Bachelor of Sciences degree and a Master of Business Administration degree from l’Université de Moncton. 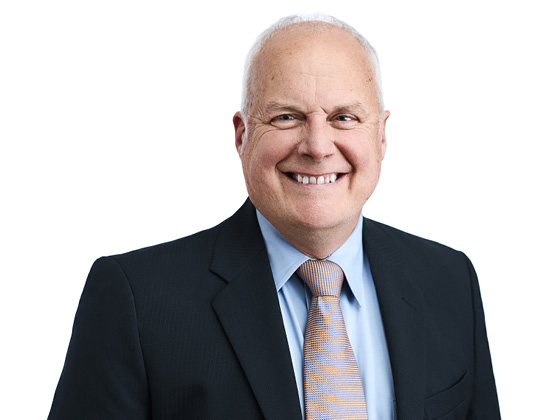 Daniel Bourgeois was elected to City Council in 2008, 2012 and 2021. Among other things, he initiated a cap on the tax rate, a review of police services, the City’s social inclusion plan, an accommodation levy and enhancements to local democracy, snow removal and economic development. He chaired the City’s committees on Finance, Social Inclusion, Land Use Planning, Police Services Review and Snow Removal. He also served on the regional police authority and the regional wastewater commission.

He is married to Anne Bernard-Bourgeois. The couple has two adult sons, Alexandre and Jérémie.

Dave is serving his first term as City Councillor for Ward 3.  He is currently Associate Pastor of Family Ministries at Hillside Church. As the Executive Director of the Buckingham Leadership Institute, Dave also equips leaders to increase their effectiveness.

Dave began his post-secondary education at the University of New Brunswick (UNB), earning a Bachelor of Kinesiology. He went on to study in the the field of church ministry at Briercrest Bible College and later earned a Master's in Leadership from Liberty University. Ordained in both the Wesleyan and Baptist church, Dave began his ministry career in 2000 and has served at both Moncton Wesleyan and Hillside Church. Although Dave’s roles have been diverse over 23 years, they have all required team collaboration on projects, empowering and overseeing volunteers and staff, organizing large events, and communicating effectively.

Fueled by a strong passion for local and global missions, Dave played an integral part in organizing several humanitarian trips for over 200 students to poverty-stricken areas of the world. These included many building and service projects in Haiti, Congo, Trinidad, Ukraine, Cambodia, Guatemala, and New York City. On a local level, Dave has worked with teams who have donated time and resources to Harvest House, Teen Challenge Atlantic, Pregnancy and Wellness Centre of Moncton, local food banks and community gardens, Moncton Headstart, 100 Men Who Care, several Christmas support programs, as well as Camp Wildwood and Caton's Island.

He was recently awarded the Queen Elizabeth II Platinum Jubilee Medal signifying his extraordinary contribution to the community. 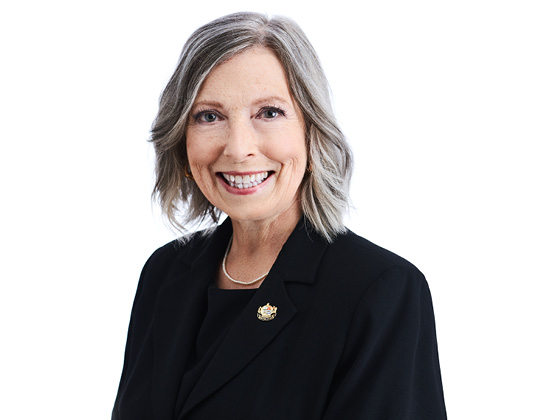 Susan Edgett is serving her second term as a councillor for Ward 4.

An active community leader for decades, she has served as the first female president of the Moncton Rotary Club, as chair of the Codiac Regional Police Authority and as race director for Legs for Literacy/Courir pour lire.

Susan, who is bilingual, has also led several youth cultural exchange programs which she believes have contributed to increasing greater cultural understanding in the community.

Susan brings many years of sales and marketing experience to Council, having worked with the Better Business Bureau, the Maritime Orthopedic Company and the Historic Tait House in Shediac. She is currently a sales and marketing consultant at Faubourg du Mascaret.

When she is not busy serving residents of Ward 4, Susan enjoys staying active by taking advantage of the city’s many recreational facilities, parks and trails. She is a distance runner, cyclist, skier and hockey player. Susan is also the mother of Alex Battah and partner to Stephen Diamond.

Paul is serving his first term as City Councillor. A long-time NB Power employee of 32+ years, he understands the value of doing what it takes to get the job done and staying committed to the task at hand.

In addition to his involvement in sports, he has served as a volunteer and sat on several committees at École Le Mascaret and École L'Odyssée, and is currently the chair of the Fondation école Le Mascaret.

Paul is a board member for the Boys and Girls Club of Moncton, a member of the Knights of Columbus, a member of the Rotary Club of Atlantic International Passport, and was the Secretary-Treasurer for his union, IBEW Local 37.

Paul and his wife Charline have two children, Luc and Mélanie.