Mary’s Home was René-Arthur Fréchet’s first design through his architecture firm in Moncton. 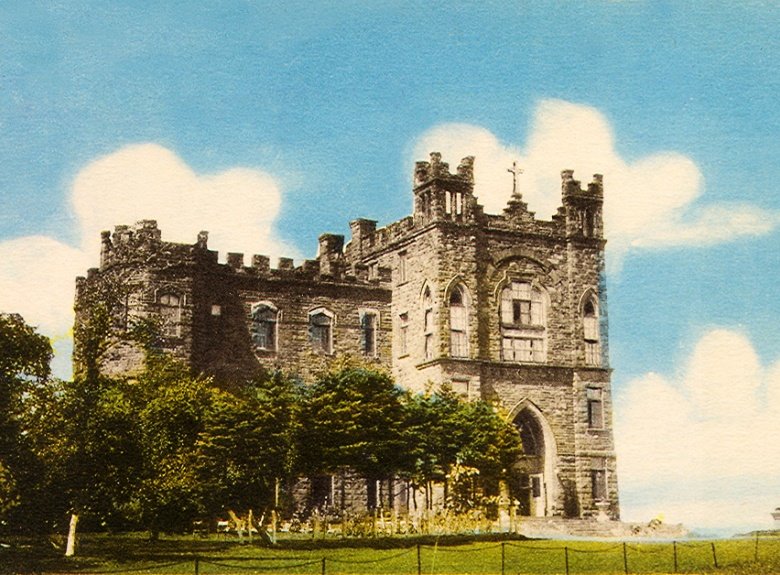 Having already overseen the building of St. Bernard’s Church between 1887 and 1891, the parish’s first pastor, Rev. Henry A. Meahan, conceived of St. Mary’s Home for Orphans and Foundlings on Mary’s Hill. Rev. Meahan died in 1905 prior to the completion of the home, so his successor, Rev. Edward Savage, oversaw the completion of Mary’s Home in 1908.

The original vision for the home was never to be executed; overcrowding at schools in the city resulted in the need to convert Mary’s Home from a care home to a school before it was even completed. The Sisters of Charity took up residence here and became the educators at the school. Mary’s Home School became only the second institution to allow education in French in the city. 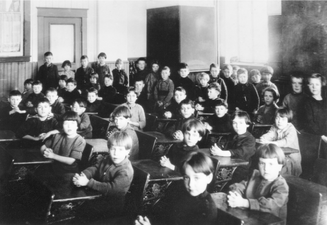 The Gothic Revival style is apparent in such details as the Gothic arch windows, the crenellated parapets and full-height turret on the southeast corner. The beautiful grey sandstone was sourced from the McSweeney Quarry in Notre-Dame, NB. The top storey was added in the 1980s.

In 1934, Mountain Road School was constructed on the grounds. Mary’s Home became a care home for the elderly. In the early 1970s, the church closed Mary’s Home. It was later sold Robert Alcorn and became Alcorn Manor. It would change hands, as well as names, over the following years. It remained a private care home under the banners of Baron’s Senior Centre and Castle Manor. 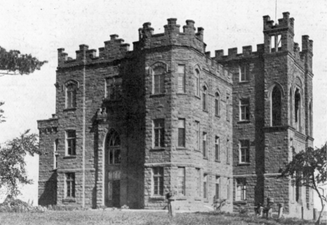 A major renovation was undertaken in 2014 by the Tse family, with the intention of creating a unique living experience. The multiple residential units were ready for occupancy in 2019. The Tse family's recognition of the heritage value of the original building has resulted in the conservation of many original elements that will be enjoyed by future generations.