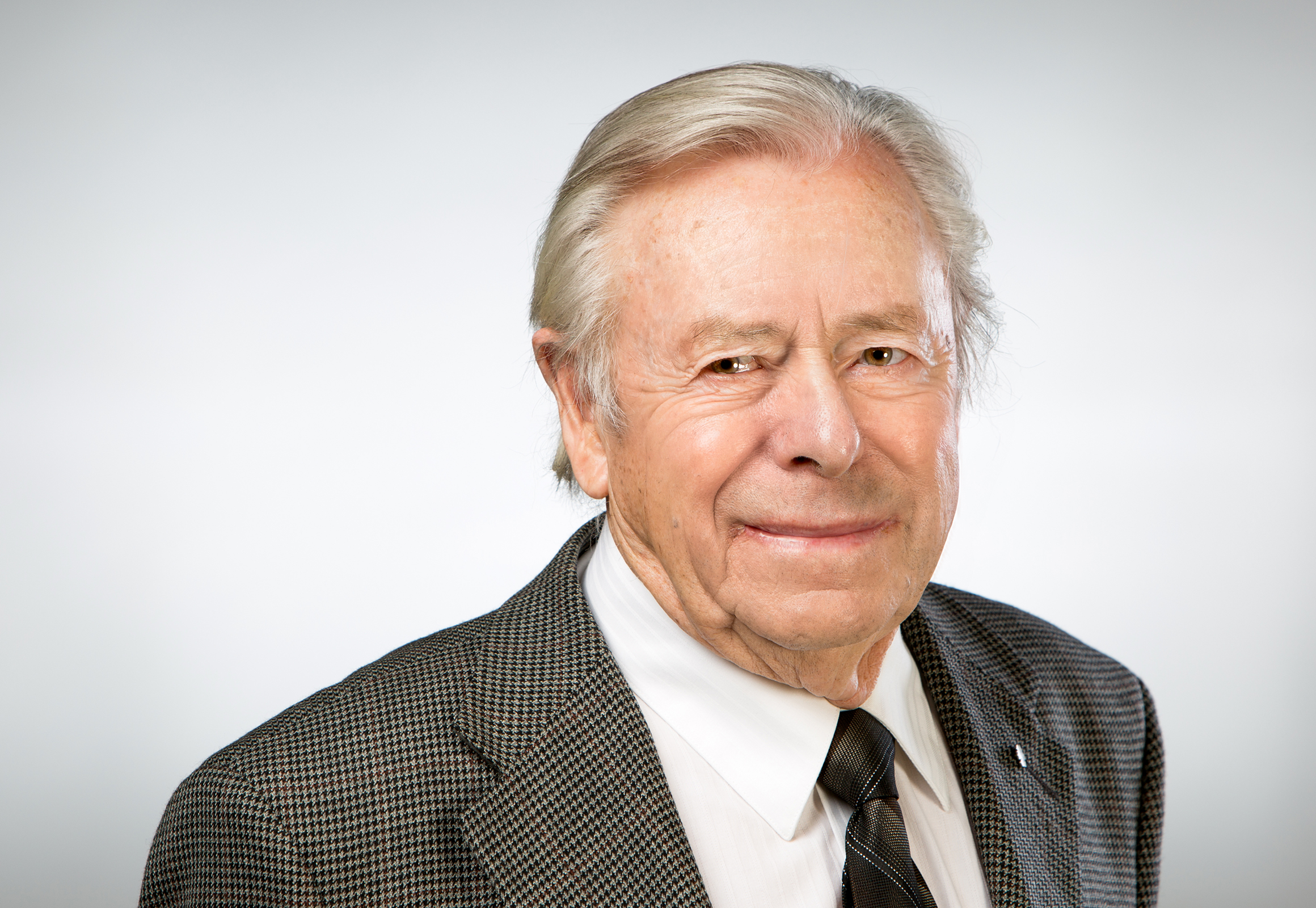 Claude Roussel’s illustrious career has had an immeasurable impact on the advancement of Acadian culture beyond its boundaries, as well as on the accessibility of art for people of all walks of life, thanks in part to his creation of over thirty public art sculptures all over the world, including the Moncton 100 Monument – Joseph Salter in Moncton’s Bore Park, and the Transition 2000: union, collaboration, progression mural commissioned by the Caisse Populaire Moncton-Beauséjour.

When the Beaverbrook Art Gallery in Fredericton opened in 1959, Claude Roussel was appointment to the position of assistant curator by Lord Beaverbrook as a link between the Acadian and English communities.
He is considered the founding father of modern art in Acadie; in fact, he was the first to begin teaching art in New Brunswick’s public francophone schools, and was the Université de Moncton’s first artist-in-residence. He founded the post-secondary institution’s Department of Visual Arts in 1963, its undergraduate program in visual arts, as well as what is now called the Galerie d’art Louise-et-Ruben-Cohen.

He has hosted over 45 solo exhibitions, participated in over 120 group exhibitions, and received numerous awards and distinctions for his work. Generations of visual artists are indebted to Claude Roussel’s pursuit of creative expression and use of various materials to express socio-political issues, especially those affecting New Brunswick Acadians.